Get The Compensation You Need and Deserve

The cost of medical treatment for a traumatic brain injury is staggering. Coupled with lost wages and pain and suffering, it begins to immediately affect not only the injured person, but their family as well. The purpose of personal injury law is to ensure that people who have been injured by others are fairly compensated. While money cannot make up for the devastating effects of a traumatic brain injury, it can help ease the financial burdens caused.

At Alexander Law Group, LLP, our attorneys work with experts specializing in traumatic brain injury. Our team consists of investigators, neuropsychologists, life care planners, automobile accident reconstructionists and economists who are the absolute best in their fields. Like our attorneys and paralegals, our experts have years of experience with the many types and causes of traumatic brain injuries.

If you have suffered a traumatic brain injury, you may be entitled to compensation for:

It takes an experienced attorney who is willing to hire the best experts to properly calculate your past, present and future medical bills, future wage losses, and loss of earning capacity.

Get A Free Consultation On Compensation

Alexander Law Group, LLP is a nationally recognized and award-winning personal injury law firm with offices in San Jose and throughout the Bay Area. We are passionate about our clients and our community, and we have decades of experience handling traumatic brain injury cases. We are advocates for our clients, and we invite you to read what our clients have to say.

If you or somebody you love has suffered a traumatic brain injury, call 888-777-1776 or send us an email for a free case consultation.

Our Record Of Success In Brain Injury Cases

Our track record of winning results speaks for itself. Here are cases we have won for our clients:

*All cases are different and these figures do not represent a guarantee of outcome.

Read Our Articles on the Topic of Brain Injury

At Alexander Law Group, LLP, we build strong cases so our clients can successfully rebuild their lives. Our experienced brain injury attorneys have the skills and experience to calculate and present your damages to assure that you receive the compensation you and your family deserve for the injuries you have suffered. 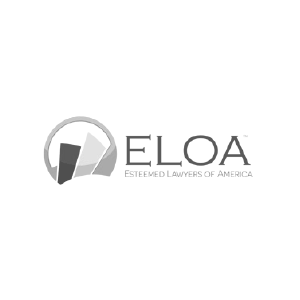